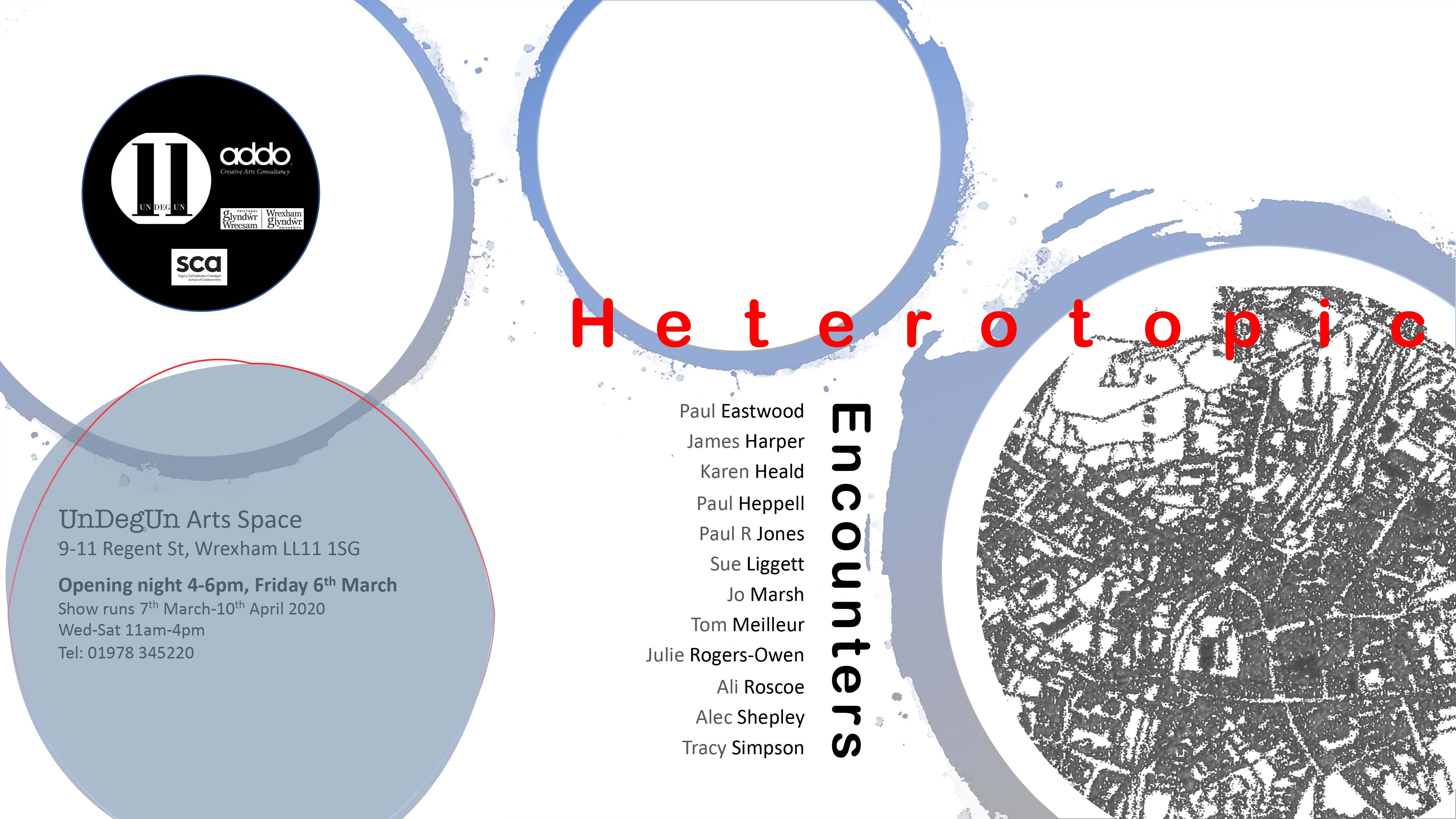 A visual conversation between artists considering spaces of otherness. Each artist considers their practice in relation to these simultaneously porous and yet defined spaces which are vague and yet so clear, temporal yet spatial, singular and yet interconnecting in some labyrinthine way. Which only serves to make their unattainableness so attractive for these artists to explore.

The idea for this show is closely associated to the notion of located practice but in the sense that the location is the practice and visa-versa practice is the location. A space that is constantly coming into being – difficult, contested, awkward, unfolding and as yet nameless. It also comes from an ache to let things go and resist adding add yet more clutter to the world, a thing of value for consumption and fetishization – even though this is in itself clearly a paradox! Alec Shepley