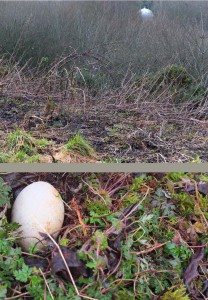 We are pleased to announce that artist Mair Hughes has been appointed as artist in residence on the beautiful Montgomery Canal in Mid Wales.

Addo, Glandŵr Cymru, the Canal & River Trust in Wales, and the Arts Council of Wales have made the appointment as part of a three-year programme that is creating five artists’ residencies across waterways in Wales, between 2014-2016. This partnership will highlight the heritage and historic significance of Wales’ canals, and celebrate and increase their current relevance to local communities and contemporary Welsh culture. The project explores how contemporary arts can play a new role in conserving, animating and re-interpreting the waterways in Wales.

As artist in residence on the Montgomery Canal, until September 2015, Mair will be exploring the canal and the communities it passes through, from Welsh Frankton in the east to Newtown at the western end. During this period of creative research Mair will be looking for clues and connections in the canal’s history, geography, ecology and architecture.

“It is a time of renewal for the Montgomery Canal, a perfect time for both narratives of the past and futuristic visions. There are plans to make further sections navigable, whilst protecting the communities of plants and animals that reside there. The canal was originally designed for transporting lime for agriculture, although it also carried coal and timber. Now it forges a calm, quiet connection between the towns and villages it crosses. In some sections it harbours barges and canoeists, at others it is half wilderness, half long, unspooling water garden. A secret back door between England and Wales, its future holds many possibilities.”

Mair Hughes is a visual artist based in Newtown, Powys. In 2007, she completed a Masters in Fine Art at Glasgow School of Art. After graduating she was awarded the Barnes-Graham Travel Award by the Royal Scottish Academy, and travelled to Turin to investigate the legacy of Arte Povera. From 2008 to 2010 Mair exhibited widely in Glasgow including the Project Room, SWG3 Gallery and the exhibition ‘Rough Luxe’ for Glasgow International Festival of Visual Art Fringe Programme. She was a member of Glasgow Independent Studios, and a committee member at Glasgow Project Room Gallery. Since 2011 she has worked in Wales, developing research and practice through projects such as ‘Utopian Realism’.

“My art practice is playful and takes many forms, mingling sculpture with photography and site-specific interventions. I respond to places in transition, looking down overlooked side roads for utopian visions that still hold potential. I’m interested in small but significant details that evidence how the meaning of ideas and objects shifts in the present. As part of a process of exploration and visualisation, I seek collaboration and devise activities as a way to test out ideas.”