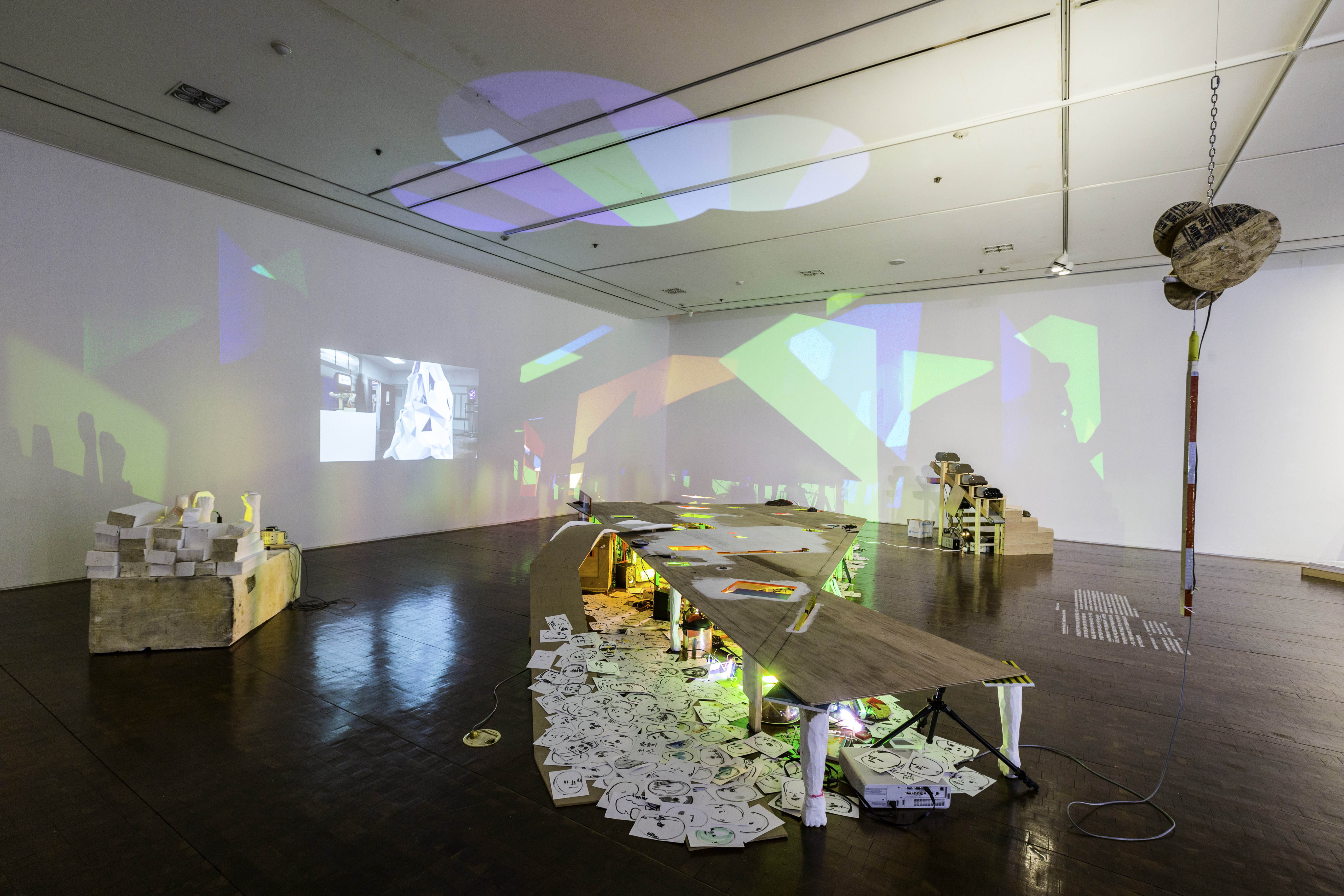 Artist Cheon Pyo Lee, has been appointed to the six-month artist residency on the Swansea Canal.

He has an international practice that encompasses exhibitions, awards and residencies, including the Queens Museum, New York and Atelier Mondial Studio Residency in Switzerland in 2014.
‘His interdisciplinary practice… effortlessly integrates two- to three-dimensional works as well as digital and mechanical elements incorporated in his multimedia installations. His work has earned prominent exhibitions, honors and acclaim internationally.’
Hitomi Iwasaki , Director of Exhibitions/Curator, Queens Museum , New York

His work is accessible and participatory, combining craftsmanship with intellectual rigor. At the heart of his practice is the notion of ‘play’. Which he draws out through a series of quirky objects which question our notions of societal value.
‘Art to me is essentially any medium that is able to evoke curiosity or interest in order to encourage visitors to reconsider the worth of everyday things.’
Cheon Pyo Lee