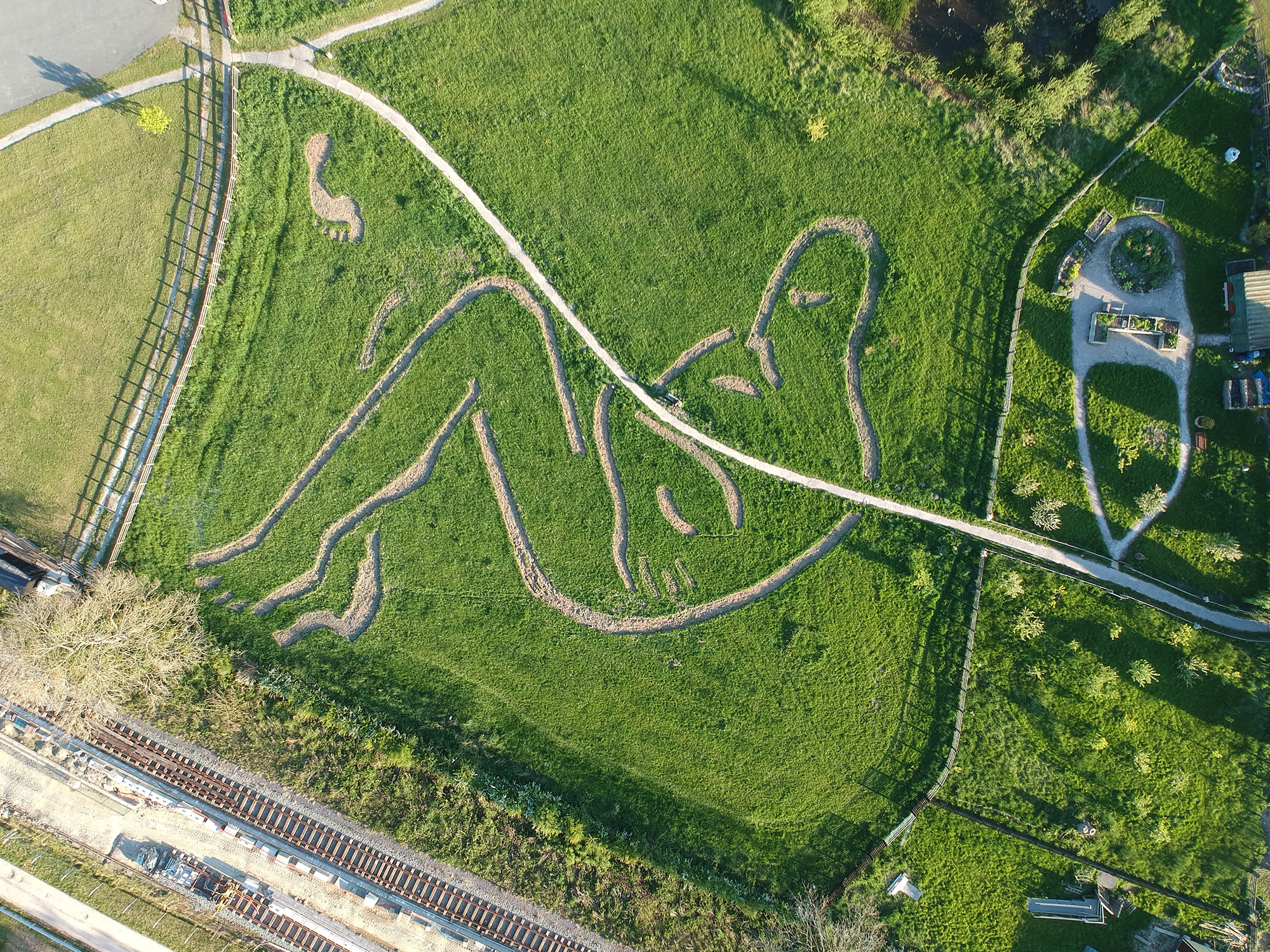 Waking Corwen’s Giant was created by artist Gordon Rogers of Structure & Agency led by the Clwydian Range and Dee Valley AONB in partnership with Addo and the local community.
Aiming to discover and celebrate the folklore and mythology of giants in Wales the project brought to life the story of local giant Drewyn through a series of events. Notably, the creation of the artworks included a public event where a series of controlled explosions orchestrated the giant walking through the picturesque landscape of this north Wales market town before finally lying down to sleep.
Drewyn is a figure of kindness in Giant lore. His defining act was creating nearby Caer Drewyn Hill Fort as a gift for his sweetheart, a milkmaid, as a place for her to keep her cattle. On his way down from Caer Drewyn, as well a leaving a trail of footprints, he dropped a variety of personal belongings. Visitors are able to follow this trail of over-sized objects, often repurposed by the giant from things he had ‘borrowed’ or traded with his giant neighbours, and marvel at the ingenuity of Drewyn. 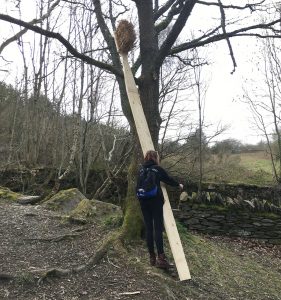 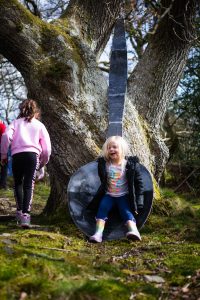 The concept behind Waking Corwen’s Giant was designed by artist Gordon Rogers of Structure and Agency who developed the process with explosive engineer John Kettles. Gordon says  ‘Much of the evidence in the landscape that we traditionally attribute to Giants is often the result of huge geological energy such as volcanic plugs and glacial erratics. So my vision for Drewyn was of a being that is made of this energy. Giants must exist as the stuff they’ve made is everywhere so its obvious that Giants are also invisible otherwise we’d see them all the time. The only way you’d know one was walking by would be seeing their footprints appear in the ground’